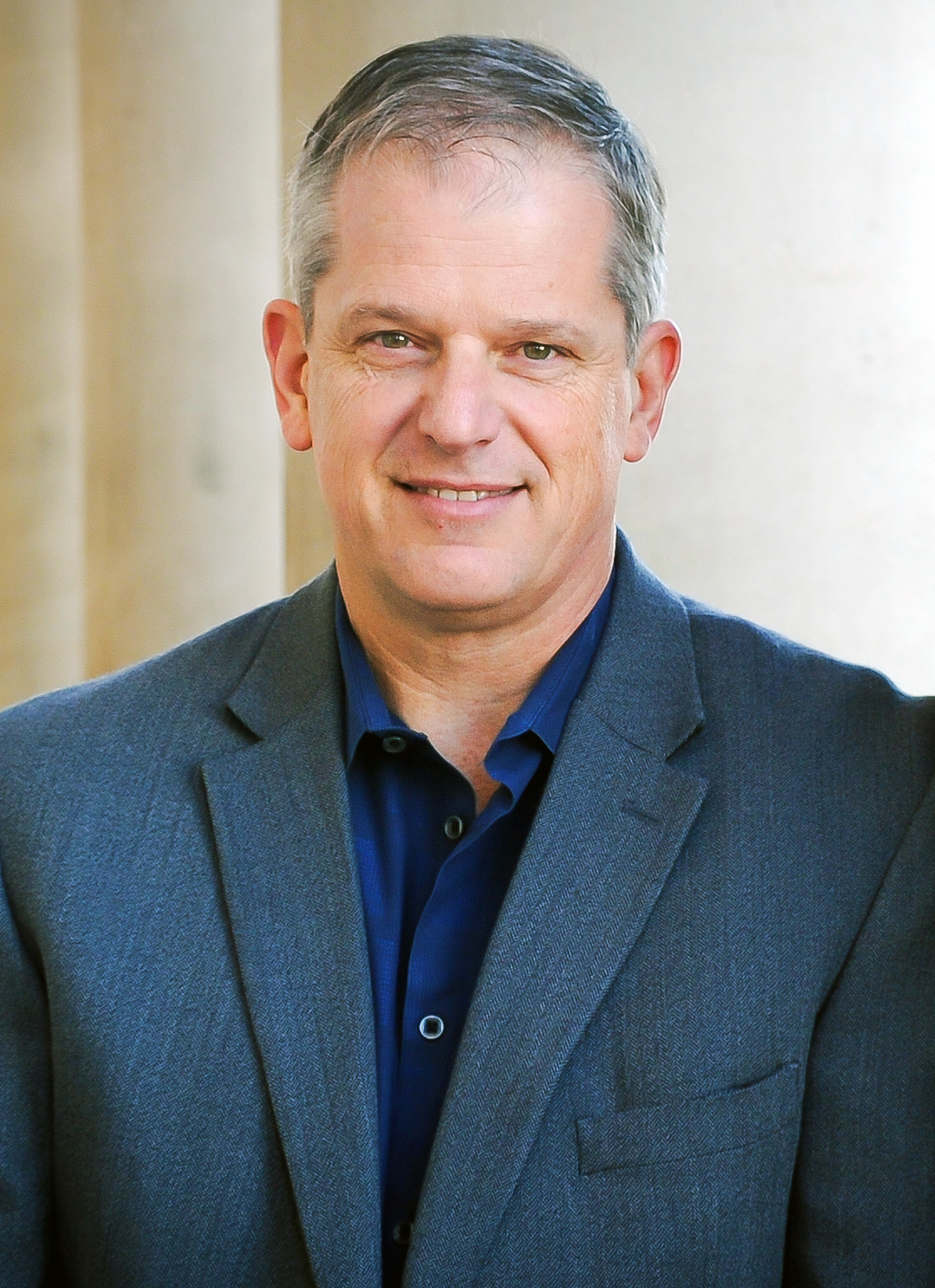 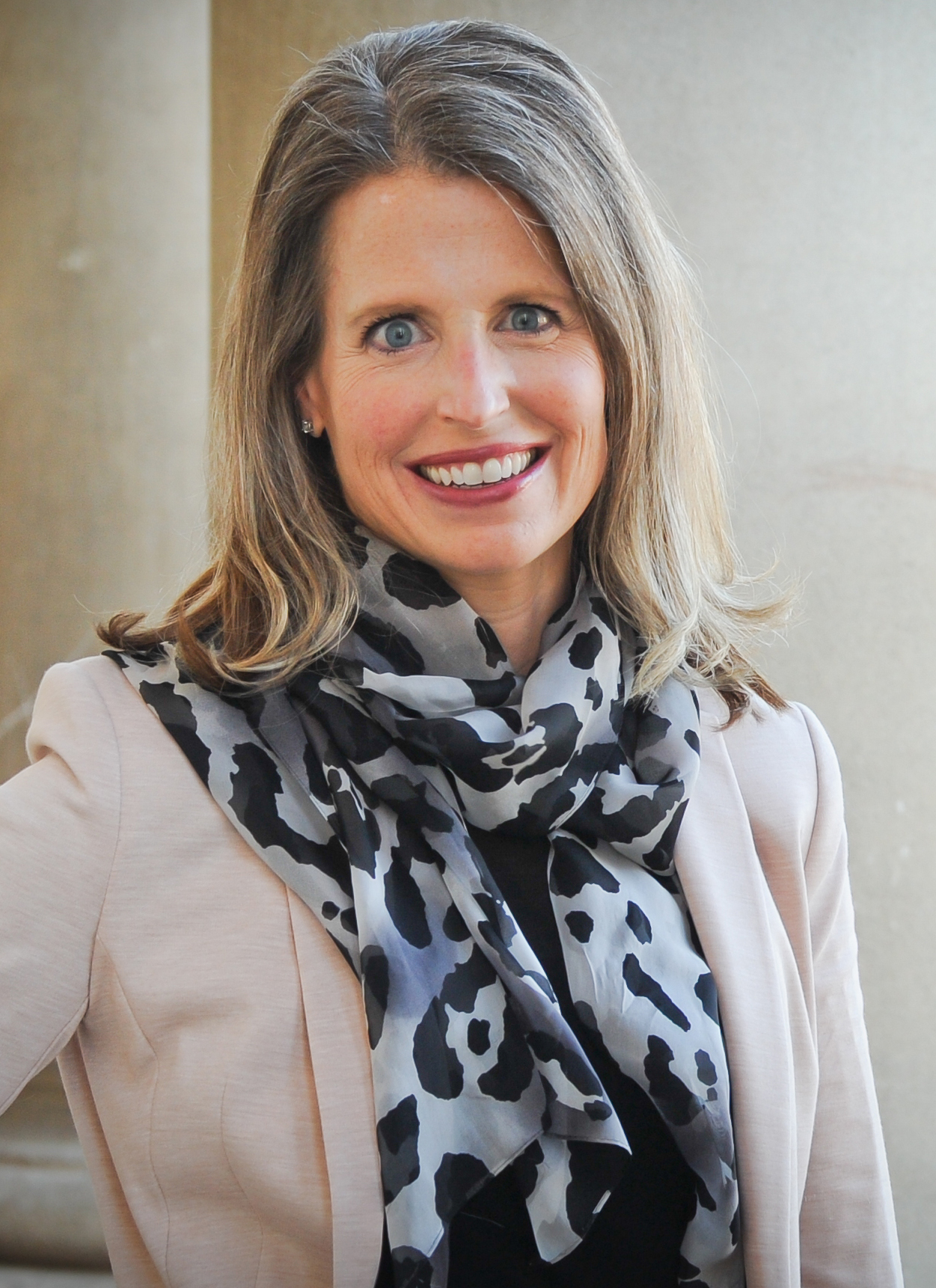 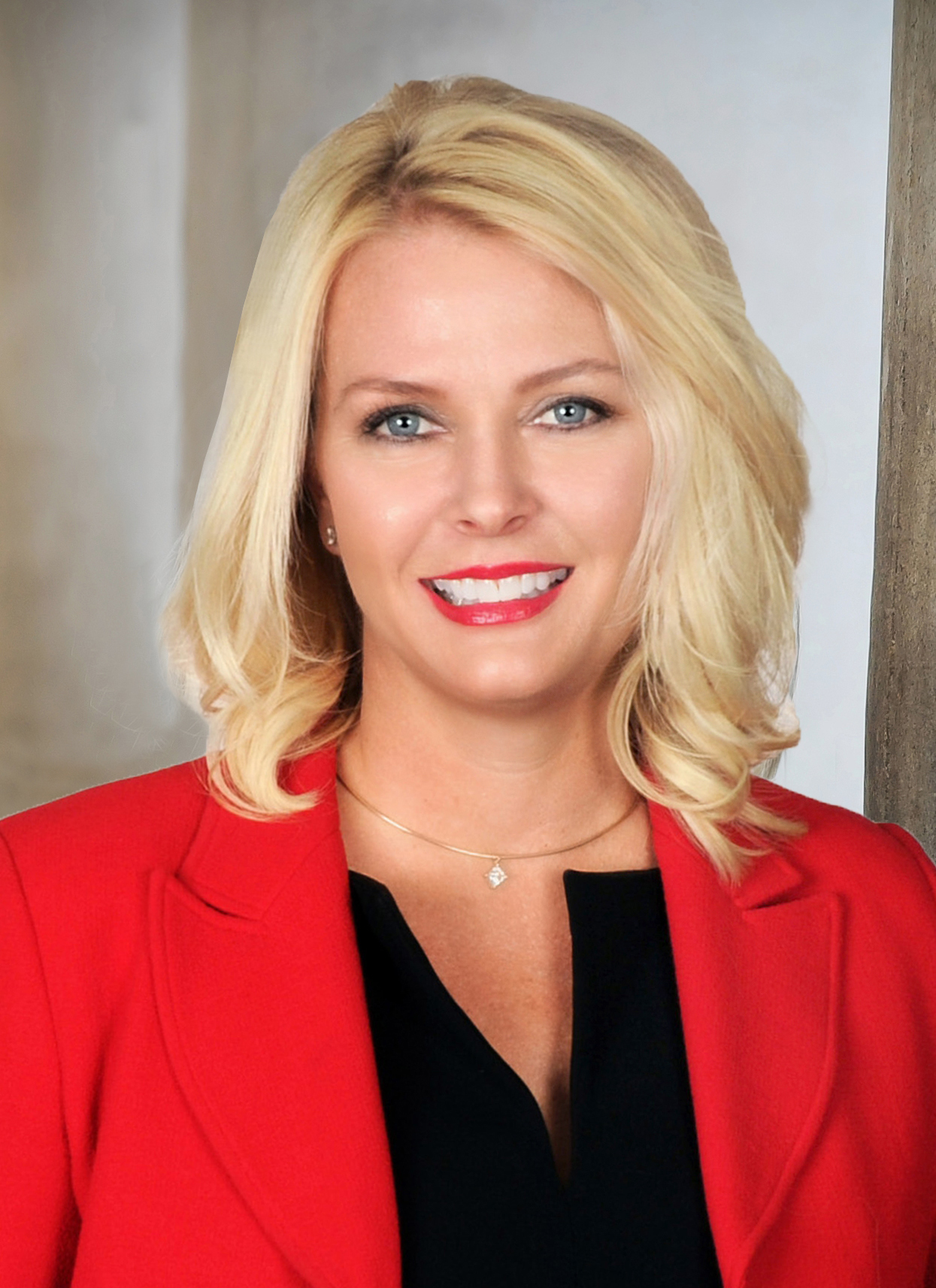 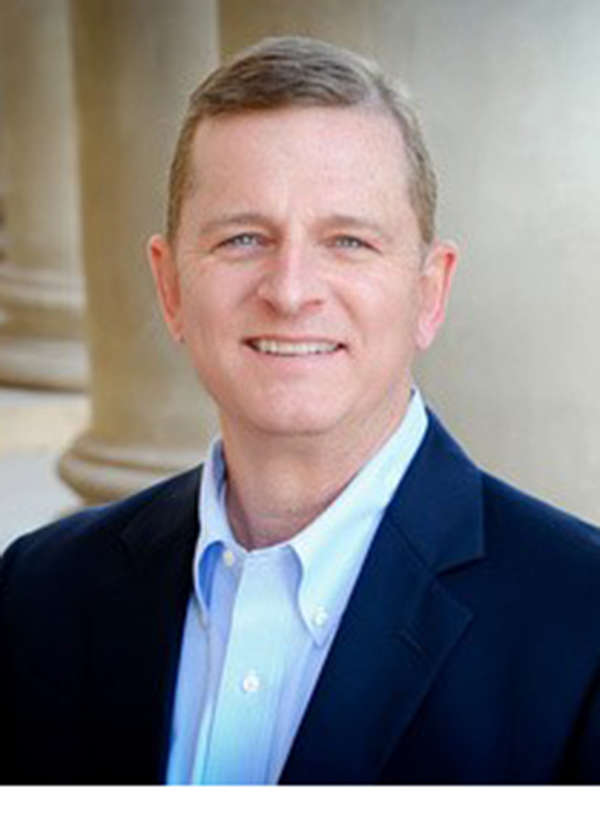 Lord, give us the wisdom to utter words that are gentle and tender, for tomorrow we may have to eat them.
- Morris K. Udall

John leads the firm’s government marketing efforts, where he brings more than 30 years of rich career experience in government leadership, policy, public affairs, media and business. He also contributes considerable expertise to state and federal policy and advocacy efforts across a wide range of policy areas, with a particular passion for education and workforce development. John is a skilled meeting facilitator, and has extensive experience in strategic planning, public outreach and communications. Clients appreciate John's creativity, depth of knowledge, and sterling reputation for effective, respectful representation when lobbying state, local or federal entities.

John has been a thought leader in the technology community in Arizona since serving as the state’s first Chief Information Officer and as the government relations and community solutions manager for Intel Corporation in Arizona. Prior experience includes serving as the federal/intergovernmental coordinator for the Office of the Governor, and as senior appropriations staff and legislative director for an Arizona Congressman.

John and his wife, Mary Lynn, are parents to three grown sons and a couple of friendly dogs, and reside in a horse and chicken friendly neighborhood in North Phoenix.  John is an avid basketball player, and loves biking and hiking in the Arizona sunshine.  He is the immediate past Chairman of Treasures4Teachers, a not-for-profit resource and supply store serving Arizona educators.  When the chickens are in a good mood, there are free fresh eggs available from John.

A smooth sea never made a skillful sailor.
- Anonymous

At Triadvocates:
One of the firm’s founders, Barbara’s focus is in state-level policy and advocacy where she represents the firm’s clients before the Arizona State Legislature, the Governor's Office and executive branch agencies. She was named an Outstanding Woman in Business by the Phoenix Business Journal and is consistently recognized as one of the top lobbyists in Arizona by the Arizona Capitol Times. She has established herself as a highly effective advocate for a variety of private-sector enterprises with a special concentration in healthcare, telecommunications and education policy, as well as technology and energy matters.

Before Triadvocates:
Barbara has more than 20 years of experience in the lobbying and legal fields, including a judicial clerkship in Washington, D.C., and with the U.S. District Court for the District of Arizona. A "recovering" litigation attorney, she made the move to government relations in 1997 to pursue her interests in public policy and politics. Immediately prior to founding Triadvocates, Barbara was an integral member of the government relations practice group of Quarles & Brady LLP.

A member of the Board of Directors for the Brophy Community Foundation and Legacy Foundation Chris-Town YMCA, Barbara enjoys giving back to her community. Barbara delights (most days) in spending time with her four growing-too-fast kids. On rare occasions, she and her husband have been known to sneak out for cocktails and dinner at some of their favorite local venues. An avid exercise enthusiast, Barbara is always looking for her next challenge.

You only live once, but if you do it right, once is enough.
- Mae West

Building on her prior service in local government, Julie provides leadership to the firm’s economic development practice where she has successfully managed more than $1 billion dollars in Arizona projects over the last decade. Recognized as an adept dealmaker by the Arizona Capitol Times, Julie’s experience ranges from transportation, health care, energy and housing infrastructure to tribal investment. At Triadvocates, Julie guides client interaction with local, state and federal officials.

Immediately prior to joining Triadvocates, Julie served as the principal staff and policy advisor to the mayor of one of Arizona’s largest cities. In that capacity, she was responsible for strategic planning, policy development and outreach in subject areas such as transportation and infrastructure, land-use planning and finance.

Julie serves on the Maricopa Community Colleges Foundation where she serves on the Executive Committee and co-chairs the 15th Annual Heroes of Education event.  She also contributes to the WESTMARC and Women in Transportation Seminar (WTS) Board of Directors and is a member of Congressmen Ruben Gallego’s Women’s Advisory Council. Her prior service includes participation on the City of Phoenix’s Future Transportation Commission and Citizen’s Transit Commission. She is also an alumni of the Luke Airforce Base Honorary Commander Program.

Julie and her husband are the proud parents of twin boys.  They enjoy living in historic downtown Phoenix where they can frequently be found walking the neighborhoods and enjoying the beautiful parks. In her free time (AKA before the twins arrived), Julie enjoys art, adventure and travel, and can often be found stimulating the local tax base through her appreciation for restaurants and retailers.

Apparently, there is nothing that cannot happen today.
- Mark Twain

With more than 20 years of experience in Arizona state government and public affairs, Richard provides seasoned leadership and support for the firm’s efforts at the local, state and federal level. His areas of expertise include transportation and infrastructure, education, public safety and criminal justice, economic development and public financing and budgeting. Recognized for this thoughtful and mature approach to solving complex policy issues, Richard has extensive expertise in strategic planning, coalition building and message development. Clients appreciate his composed and calm manner in the face of political adversity, and value the successful outcomes he has achieved whether traversing Congress or navigating our State Capitol, county seats, city halls or tribal councils.

Richard and his wife have four active sons that keep them busy outside the office. When not engaged in family activities, Richard enjoys hiking, old movies and playing golf. Richard has served on several boards in the community and is currently the Vice Chairman of the ARC of Arizona, a non-profit organization that advocates for people with developmental disabilities. 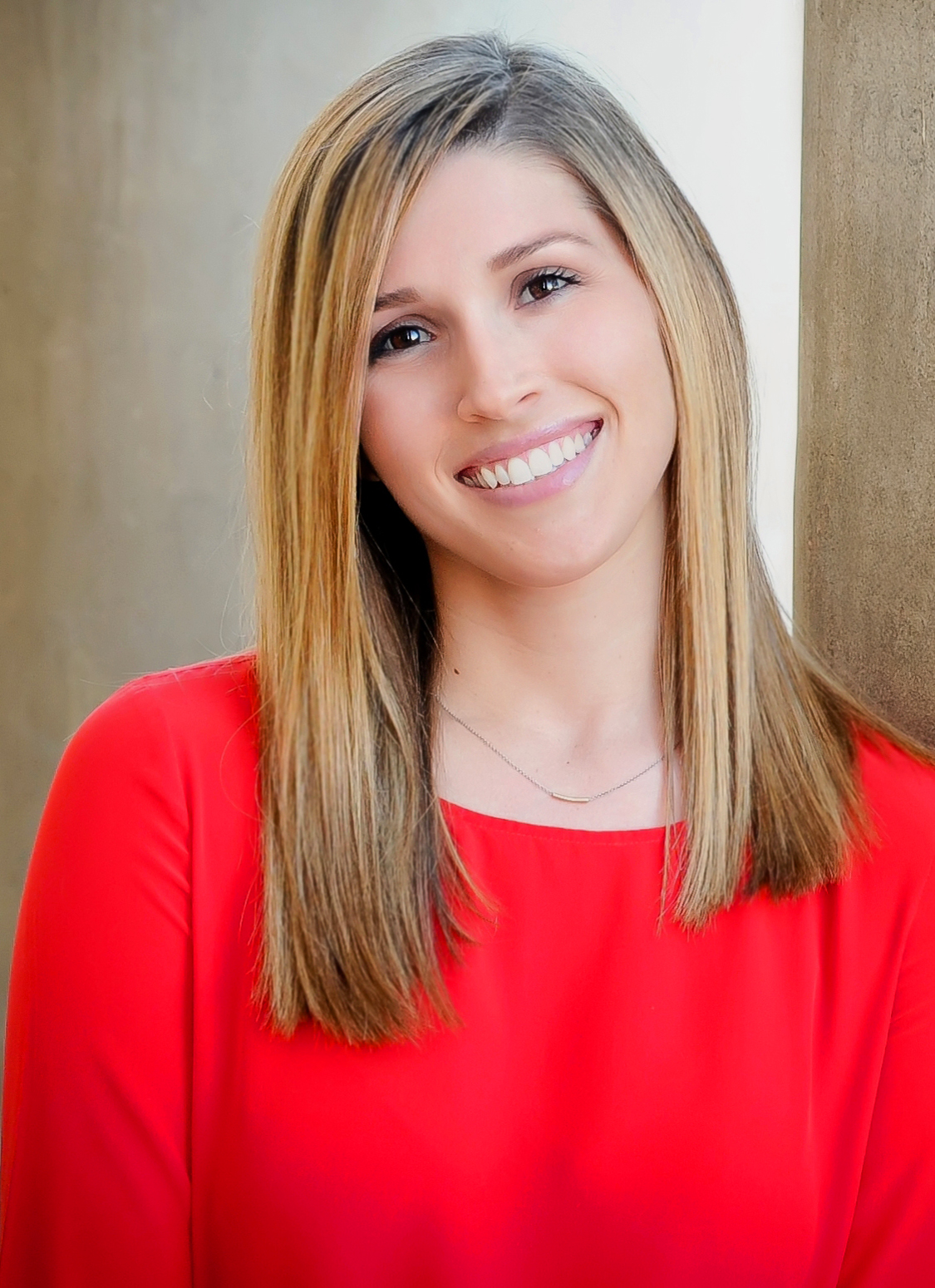 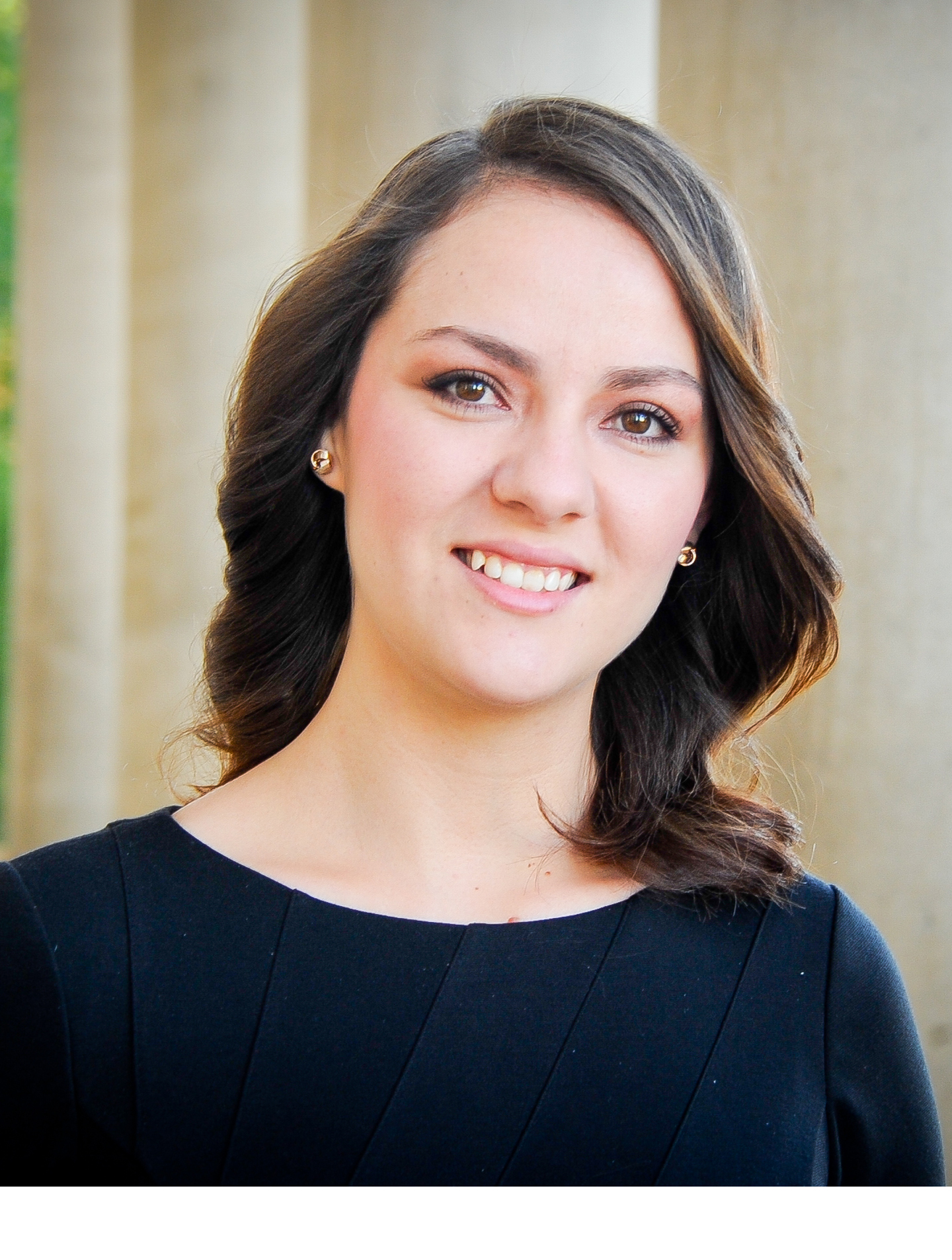 Those who have the privilege to know have the duty to act.
- Albert Einstein

At Triadvocates:
Lauren’s diverse background in media relations and public affairs, along with her expertise in issues involving private and public sector technology and real estate policy, make her a valuable asset to the Triadvocates team. Recognized by the Arizona Capitol Times as one of the top lobbyists in the state under the age of 40, Lauren represents the firm’s interests before the Arizona State Legislature, the Office of the Governor, state agencies and various municipalities.

Before Triadvocates:
Prior to joining Triadvocates, Lauren served as an account executive at a top marketing and public relations firm, where she was responsible for executing local and national media campaigns for clients ranging from nonprofit groups to Fortune 500 companies. Her background also includes having developed and implemented grassroots campaigns surrounding legislation for one of Arizona’s largest nonprofit organizations. With an academic focus in journalism, Lauren has been a contributing writer for one of Arizona’s largest newspapers and has extensive experience working with local, national and international reporters and news outlets.

Outside Triadvocates:
Lauren is a proud supporter of several local organizations, including St. Vincent de Paul and Child Crisis Arizona, and is currently the Chair-Elect of the Herberger Theater Center’s Young Leadership Board—a group of young professionals with the primary purpose of ensuring that kids in our community – regardless of income or zip code – have access to arts education. An avid runner and snowboarder, Lauren spends as much time as possible outdoors and in the mountains. She currently lives in downtown Phoenix, and can be found at a local dog-friendly watering hole with Phoebe – her 70-pound Goldendoodle – on the weekends.

Ability is what you are capable of doing. Motivation determines what you do. Attitude determines how well you do it.
- Lou Holtz

Lourdes supports the firm’s policy and advocacy, government marketing, and economic development efforts. As a former legislative policy adviser, Lourdes has a great understanding of state government and comes with a unique perspective on how to navigate its intricacies.

Lourdes gained extensive experience in state government through her service as a policy adviser at the Arizona House of Representatives. Where she spent the last four years focusing on K-12 education, pensions, and insurance issues. This time allowed her to develop expertise on the issues and gave her great insight on the complexities of the legislative process. In this role, she was responsible for policy development, legislative research, strategic planning, and stakeholder engagement. Lourdes was recently nominated by the Arizona Capitol Times for the 2016 Best Capitol Staffer award.

Prior to the Arizona House of Representatives and immediately after graduating from Arizona State University, Lourdes worked on political campaigns and with workers in the hospitality industry as an organizer.

Lourdes loves spending time with her family and going on new adventures with her awesome dad. She is a proud resident of downtown Phoenix and a strong contributor to our local businesses. In her free time, you can spot her biking to one of many favorite restaurants, theater and shops.

We can't help everyone, but everyone can help someone.
- Ronald Reagan

Prior to joining Triadvocates, Jennifer spent 10 years working for the legislature as an administrative assistant, with time spent in both the House of Representatives and the Senate. In the Senate she had the opportunity to serve as an assistant to two Majority Whips. She also assisted the Chairmen of Government, Appropriations, and Water and Energy committees.

Jennifer and her husband, Josh, are proud parents to four grown children and enjoy escaping to the forest as often as possible to indulge in camping, kayaking and hiking.  The family also volunteers at a youth camp in the summer and is active in their church and community.

When all is said and done, success without happiness is the worst kind of failure.
- Louis Binstock

At Triadvocates:
With more than 25 years of experience in the legal and accounting sectors, Trudy manages several areas of the firm’s administration with a key focus on budget and finance. She supports a wide range of enterprise functions including business operations, accounting and office administration.

Before Triadvocates:
Prior to joining Triadvocates, Trudy served in a variety of capacities for some of the state’s most prominent law and accounting firms. She holds a degree in accounting and is pursuing an additional bachelor’s degree in business administration.

Outside Triadvocates:
As one of 15 children, Trudy appreciates the value of family. She enjoys spending time with her husband, two grown daughters and beautiful grandchildren whom Trudy has been known to spoil on an occasion or two. A talented artist, Trudy’s work has been featured at local markets and holiday festivals throughout the Valley. When she's not with family, you'll find her curled up with a good book or taking to the open road with her husband on the back of their Harley-Davidson.