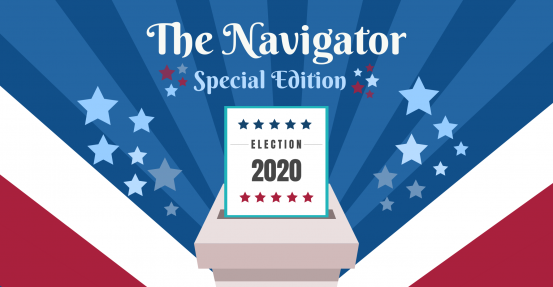 The “blue wave” we saw in Arizona on Tuesday has faded to a reddish-purple as healthy Democratic leads evaporated before sunrise yesterday with new batches of results favoring Republicans. These results could still change quite a bit, as Maricopa County alone still has to count roughly 338,000 ballots (these batches include those that arrived in the mail before Election Day as well as early ballots dropped off at the polls on Tuesday). And that’s on top of an estimated 17,334 provisional ballots, which voters cast because they didn't have the right form of ID or went to the wrong polling place.

No sleep 'til Brooklyn Maricopa.

Below are the most up-to-date numbers, as of 2 p.m. today.

Biden maintains the lead by 69,000 votes, although his margin shrunk in a new batch of results posted late last night. Statistically, it is still possible for Trump to gain enough ground to take Arizona, but he would need to consistently maintain the vote margin he saw in the most recent batch of results—for all 400,000+ remaining ballots across all 15 incredibly diverse counties.

McSally has very slightly narrowed the margin but is still trailing by 121,000 votes. Based on the most recent results, it does not appear that there are enough outstanding ballots for her to take the lead, and Mark Kelly will likely win the U.S. Senate seat.

It appears that all incumbent members of Arizona’s congressional delegation will be heading back to D.C. In CD6, GOP incumbent David Schweikert – who was trailing on election night – now has a lead of 6,427 votes over his Democratic challenger, Hiral Tipirneni. If he hangs on, he will retain his seat and the current party ratio of the delegation will remain the same: five Democrats and four Republicans.

Democrats will likely pick up one seat on the Arizona Corporation Commission, but, assuming the latest results hold, Republicans will maintain control by a 3-2 split.

Election night looked grim for Senate Republicans, with projected margins as wide as 19-11 favoring Democrats. However, with the last couple batches of results strongly favoring Republicans, it now appears that the GOP will likely maintain control of the Senate. Democrats are expected to pick up at least one seat, leaving us with a 16-14 split, but high hopes of gaining control have dissipated.

With the latest batch of results, Republicans appear to have solidified their leads over Democratic challengers in most key races in the state House. Assuming those leads hold, the chamber will remain in GOP hands with a 31-29 split—the exact party ratio we had heading into Election Day. However, that hinges on one race in particular, in which the Republican candidate currently leads the Democratic opponent by only 267 votes. If Democrats can successfully flip that seat, we could have an even 30-30 split between parties in the House for the first time in state history.

While a handful of races remain too close to call, Senate Republicans moved forward yesterday with leadership races. Unless Democrats are able to flip another seat (in which case, we would have an even 15-15 party split), the leadership team in the Senate will remain the same for the next two years: Sens. Karen Fann, Rick Gray and Sonny Borrelli will keep their positions as President, Majority Leader and Majority Whip, respectively. Senate Democrats, however, postponed a leadership election until this afternoon. House Republicans are also meeting this afternoon, while House Democrats plan to convene next week to discuss their leadership.

In Maricopa County, Democratic incumbent Sheriff Paul Penzone seems poised to win his bid for reelection. The Democrats might also pick up at least one seat – possibly two – on the Maricopa County Board of Supervisors, which could determine the majority. The GOP incumbent candidate for Maricopa County Attorney, Allister Adel, was trailing on election night but has now taken a 4,000-vote lead over Democratic challenger Julie Gunnigle.

Seeks to legalize the recreational use of marijuana, allowing adults (21+) to possess as much as an ounce of marijuana, and proposes a 16% excise tax (the same as cigarettes and alcohol), with new revenues directed mostly toward community colleges and public safety. Also requires the Arizona Department of Health Services (ADHS) to establish recreational marijuana regulations on or before June 1, 2021.You can find the full text here.

Creates a 3.5% tax surcharge on incomes of more than $250,000 for individual filers and $500,000 for couples, with the revenue going to fund K-12 schools. Similar to what educators proposed two years ago, this version of the “Invest in Ed” measure would raise an estimated $940 million annually for public education. You can find the full text here.