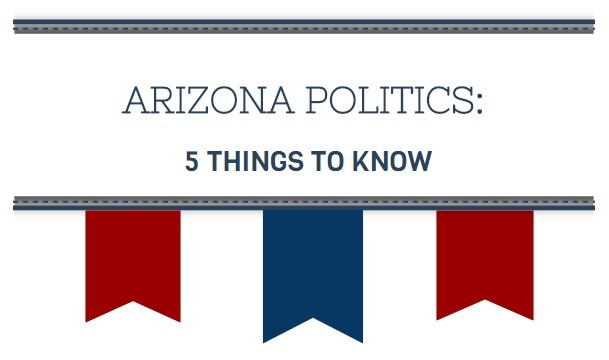 Hundreds of new laws went into effect last week (Aug. 27), 90 days after the end of the last legislative session. Legislators introduced more than 1,300 bills this year, of which only 331 passed. While several make minor tweaks to existing statute, others contain significant changes impacting our everyday lives. The new laws range from mandatory suicide prevention efforts in schools to new rules impacting scooter riders to a repeal of the ban on nun chucks in public buildings. Other important changes include parameters to ensure medical marijuana dispensaries pay their taxes, changes in election laws, new penalties for animal cruelty, and new regulations on short-term rentals attempting to crack down on party houses. At the state Legislature, change is the only constant—members are already considering what new laws they will pursue when the next legislative session convenes in January.

2. All Aboard the Light Rail

City of Phoenix voters can finally take a break from the constant influx of political mailers following the Aug. 27 special election on two ballot measures. Prop. 105, if passed, would have halted any current or future construction of light rail, even though voters have already supported light rail expansion in three separate elections. Prop. 106 would have prohibited any city budget expansion until public safety pension obligations are paid off. Mayor Kate Gallego and most of the council urged citizens to vote against 105 and 106. “Build a Better Phoenix” – the organization behind the two measures – was funded by a small group (less than 25) of politically conservative individuals and organizations. Both measures were defeated in a landslide: 62.9% and 66.8%, respectively. The debate on light rail is settled—as they say, fourth time’s the charm.

The Arizona Corporation Commission is moving forward with a plan to open up Arizona’s electric market to competition. Three of the five members of the commission have publicly expressed support for the idea and, on Aug. 13, Chairman Bob Burns docketed a letter listing questions for staff to answer in the next couple of months in order for the commission to move forward next spring. Originally, staff suggested that only corporate customers be allowed to participate in retail competition. However, the chairman asked staff to draft additional rules that would allow all customers to participate. Burns wants the rules posted by Jan. 10, 2020 so they can be discussed at the February 2020 open meeting of the commission.

On Wednesday, Arizona Gov. Doug Ducey announced that he has appointed Republican Maricopa County Attorney Bill Montgomery to the state’s Supreme Court. Montgomery will replace Chief Justice Scott Bales, who announced in March he was stepping down to lead the Institute for the Advancement of the American Legal System at the University of Denver. He is Ducey’s fifth appointment to the seven-justice court, which now consists only of Republicans. When Montgomery submits his resignation as county attorney, which he is expected to do soon, Chief Deputy Rachel Mitchell — whose name may sound familiar from her role in the high-profile U.S. Senate hearing before Supreme Court Justice Brett Kavanaugh’s confirmation last year — will lead the department until the Board of Supervisors chooses an interim county attorney. That appointee will serve out Montgomery’s term, which ends in January 2021. ​

Over the past several weeks, Arizonans have been getting a better idea of the ballot measures they’ll be considering in the November election next year. Particularly newsworthy is an initiative being financed by a California-based union that would require the hospital industry to essentially give employees a 20% pay hike over four years. Also generating significant buzz is an initiative seeking to legalize marijuana in Arizona, where medical marijuana is currently legal. Arizonans have been expecting the measure backed by the state's licensed medical-marijuana dispensaries following a failed effort at legalization in 2016. To read the initiative, click here. Both groups will need to collect 237,645 signatures by July 2020 in order to qualify for the November ballot.