Just before 1 a.m. yesterday, the 54th Legislature, First Regular Session adjourned sine die after 135 days at the Capitol, making this the longest session since Gov. Doug Ducey took office (for comparison, the Legislature wrapped up in just 82 days in 2015).

In total, 331 of the 1,318 bills introduced were passed by the House and Senate. The governor has 10 days, excluding Sundays, after the Legislature adjourns sine die to sign or veto the legislation currently on his desk (this year, he has until June 8). The general effective date for bills signed into law is Aug. 27, 2019.

While Arizona lawmakers tackled some of the most significant policy issues in recent years, including water, education funding and tax conformity, this session was primarily dominated by political theatrics worthy of a Bravo TV storyline. Here’s a recap of what went down over the past six months:

We had barely entered the bottom of the first inning when Gov. Doug Ducey vetoed a tax conformity bill co-sponsored by two members of his own Republican party. Despite strong indications from the governor that he would reject any proposal seeking an offset, Sen. J.D. Mesnard and Rep. Ben Toma championed legislation that did exactly that. With unanimous support in both chambers, Mesnard and Toma sent a plan to the governor that would have cut individual income tax rates by $150 million to offset the higher taxes Arizonans have to pay the state due to changes in federal tax laws. As promised, the governor vetoed the measure, calling it an “irresponsible measure that hastily changes Arizona’s tax laws without any reliable data to back it up.” Clearly angry, he once again vowed to reject any plan other than his own, signaling the tumultuous session in store for lawmakers who refused to support his position on conformity. The issue only grew more and more contentious throughout the ensuing months of failed negotiations. Mesnard, who said he would hold out his vote for the budget unless lawmakers helped him override the governor’s veto, stood his ground until the bitter end, ultimately making him the only Republican to vote against the spending package.

Aside from tax conformity, the first few weeks of session were entirely focused on efforts to educate all 90 members on the extremely complex world of water policy as they barreled toward Jan. 31—the deadline by which the Legislature was required to draft and adopt a plan to avoid the federal government stepping in to create its own water reduction blueprint for the state. Put simply, because of drought conditions in the west, Arizona and other states along the Colorado River are withdrawing more water than is currently being naturally recharged, resulting in alarmingly low water levels in Lake Mead. At the eleventh hour, Gov. Doug Ducey signed legislation authorizing Arizona’s participation in the Drought Contingency Plan (DCP), the state’s most significant water legislation in 40 years. On April 16, President Donald Trump signed legislation formalizing the DCP, which directs the Secretary of the Interior to adhere to the agreements previously adopted by the seven basin states, including Arizona. If you’re still reading this paragraph, you must be pretty interested in water policy, so we’ll just leave this right here…

In March, former LD 1 Representative David Stringer resigned amid a House ethics investigation into decades-old charges that he allegedly molested underage boys in Baltimore—a report that stunned the entire Capitol community. Within days following his resignation, former State Senate President Steve Pierce was appointed to fill the seat. Pierce, a moderate Republican, brought a breath of fresh air to the chamber but also shifted dynamics within the chamber, as Stringer was among the most conservative members of his caucus.

On April 10, Gov. Doug Ducey signed legislation making Arizona the first state in the country to accept out-of-state occupational licenses. The passage of HB 2569 (occupational licensing; reciprocity), which received bipartisan support in both chambers, represents the fulfillment of a top policy priority announced in the governor’s State of the State address earlier this year. Under the new law, Arizona's licensing boards and commissions will recognize out-of-state occupational licenses for people who: have been licensed in their profession for at least one year, are in good standing in all states where they are licensed (no past or pending investigations or complaints), pay applicable Arizona fees, and meet all residency, testing, and background check requirements. The new law does not recognize other states’ occupational licenses automatically. For example, workers licensed in other states who move to Arizona still must apply for a license through the appropriate Arizona licensing board before working. However, workers will not be required to duplicate training and other requirements. For more info on the universal licensing recognition law, click here.

This session, the Legislature ended a decade-long resistance to restrictions on cellphone use while driving with the passage of a bill that outlaws holding a phone behind the wheel. Due to an emergency clause, HB 2318 (texting while driving; prohibition; enforcement) went into effect immediately with the governor’s signature on April 22 (although violators won't get penalized before January 2021). Arizona is now the 48th state to ban texting and the 18th to ban hand-held phone use while driving. For more info on the new law, click here.

Since last year, policymakers have been working with the business community to craft a deal that brings state tax policy into alignment with the U.S. Supreme Court’s Wayfair policy, under which the state can collect sales tax on internet purchases from out-of-state sellers. Arizona lawmakers jumped at their chance to take advantage of their newfound right to tax remote sales and, in the final hours of session, formally adopted a plan that levels the playing field between brick-and-mortar retailers and their online competitors.

During the final days of session, there was a sea of red in the galleries of both chambers—a sign that teachers remain politically engaged a year after schools shut down across Arizona for six days as a record-breaking number of #RedForEd protestors flooded the Capitol demanding an increase in education funding. This year’s budget adds another 5% for teacher raises, as promised by Gov. Doug Ducey under his #20x2020 plan, sends an additional $136 million for district and charter additional assistance, and money for school capital needs (i.e., curriculum, textbooks and supplies). The education funding package also includes another $20 million for a grant program for schools to apply for on-campus law enforcement officers and counselors and an additional $30 million to expand the results-based funding program.

The most contentious disagreements this session were focused on a proposal to extend the statute of limitations for survivors of child se× abuse to sue their abusers. The bill sponsor, Republican Sen. Paul Boyer, received tremendous pushback from other members of his caucus over concerns that the legislation would lead to false accusations of decades-old abuse. The measure had virtually no chance—until fellow Republican Sen. Heather Carter joined Boyer in refusing to vote for the budget until the bill passed. Because all 13 Senate Democrats aligned with the two GOP holdouts, leadership didn’t have the 16 votes needed to pass a budget, resulting in an impasse. After weeks of holding out, a breakthrough came when the bill's advocates agreed to a compromise that put restrictions on the temporary window to sue institutions like churches or youth groups accused of harboring abusers. HB 2466 (civil action; assault; limitation; applicability), which passed both chambers by unanimous vote and was signed into law by the governor within minutes of reaching his desk, gives abuse victims until they turn 30 to sue – a decade longer than current law – and opens a one-time window for victims who've missed the cutoff, who now have until the end of 2020 to file suit. At a signing ceremony yesterday, Gov. Doug Ducey announced the establishment of the Justice for Victims of Child Sexual Abuse Task Force, which will be dedicated to providing recommendations to the state for further reforms to ensure victims are entitled to safety, healing, justice and restitution. 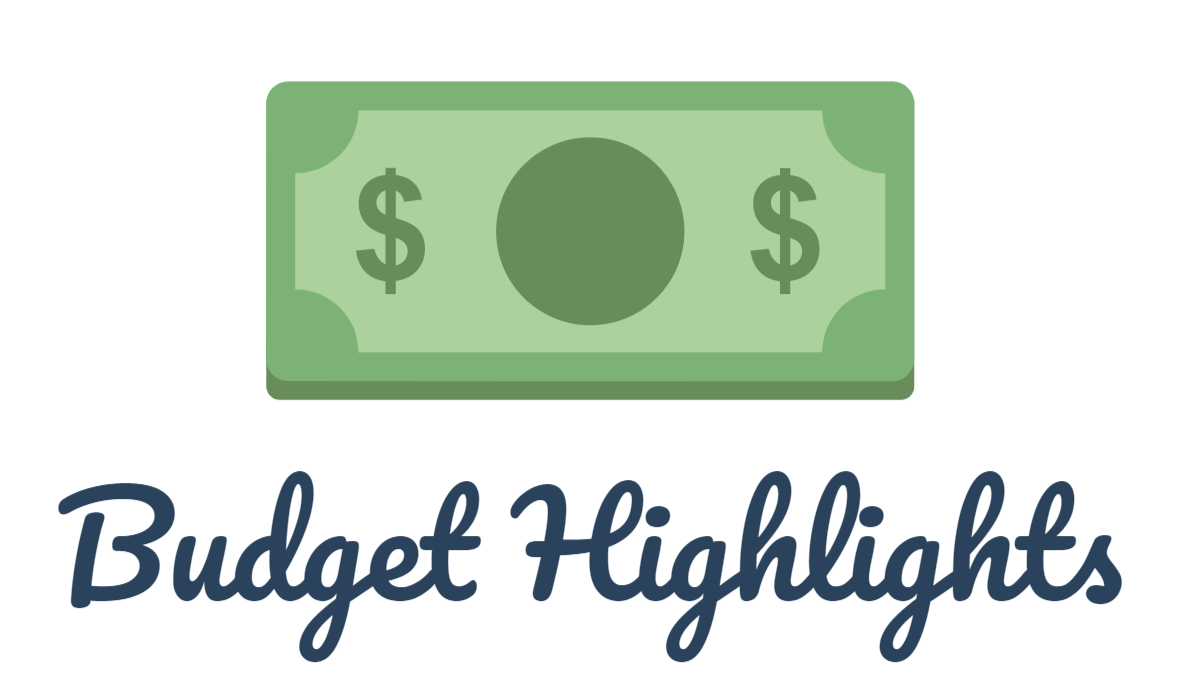 For a detailed overview of the FY 2020 budget, click here. 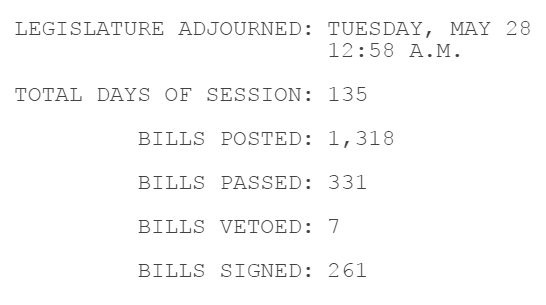 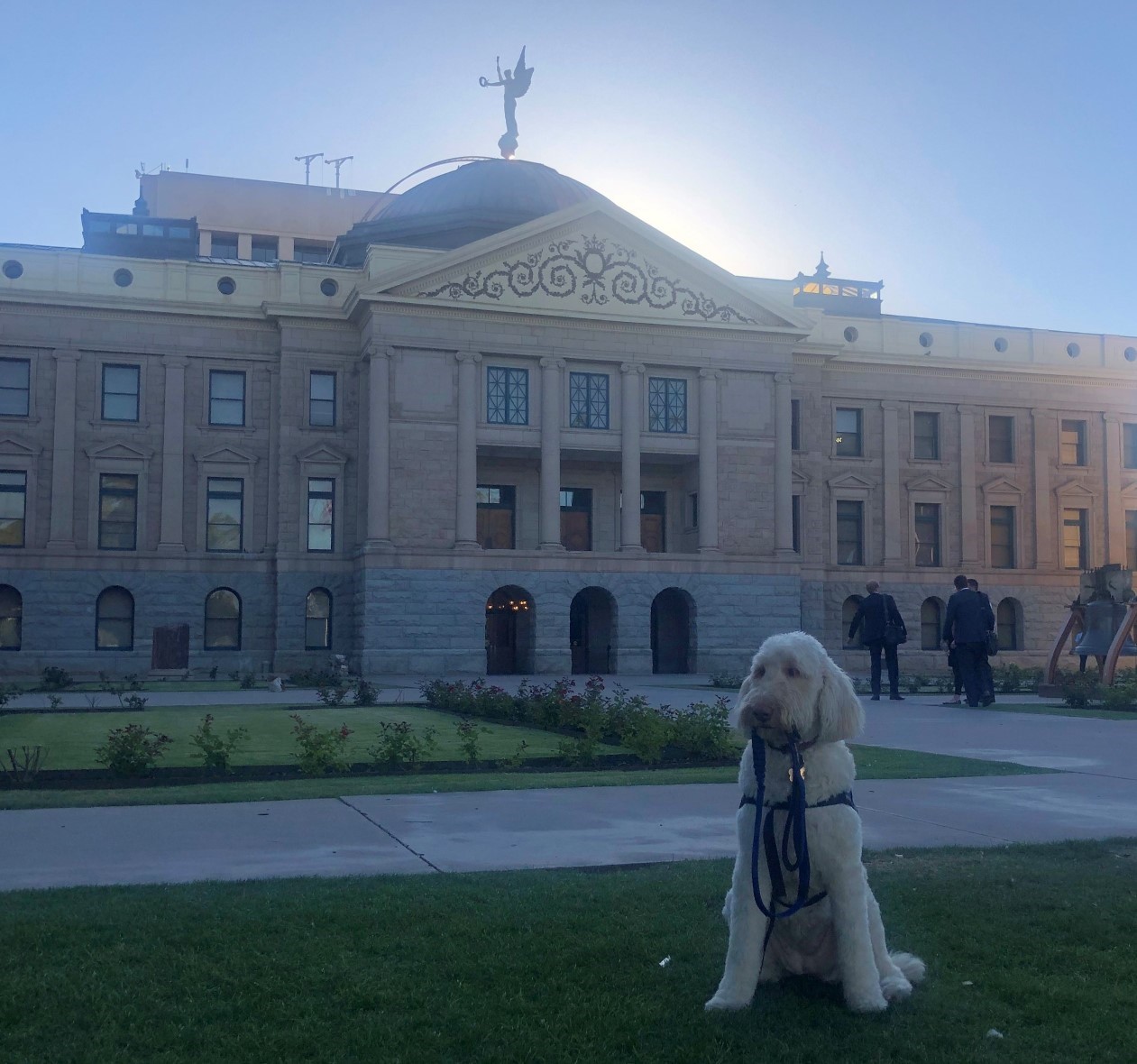 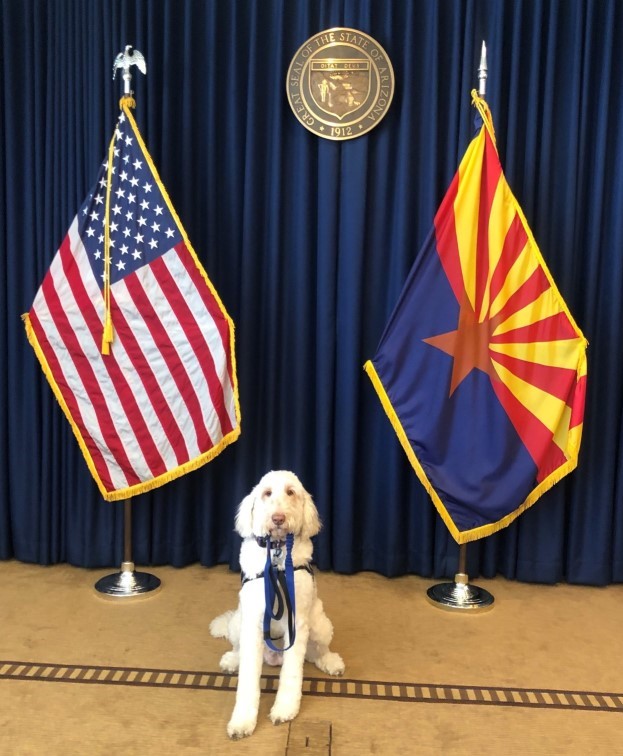 Is there an official State Dog of Arizona? If not, there should be. #Phoebe2020